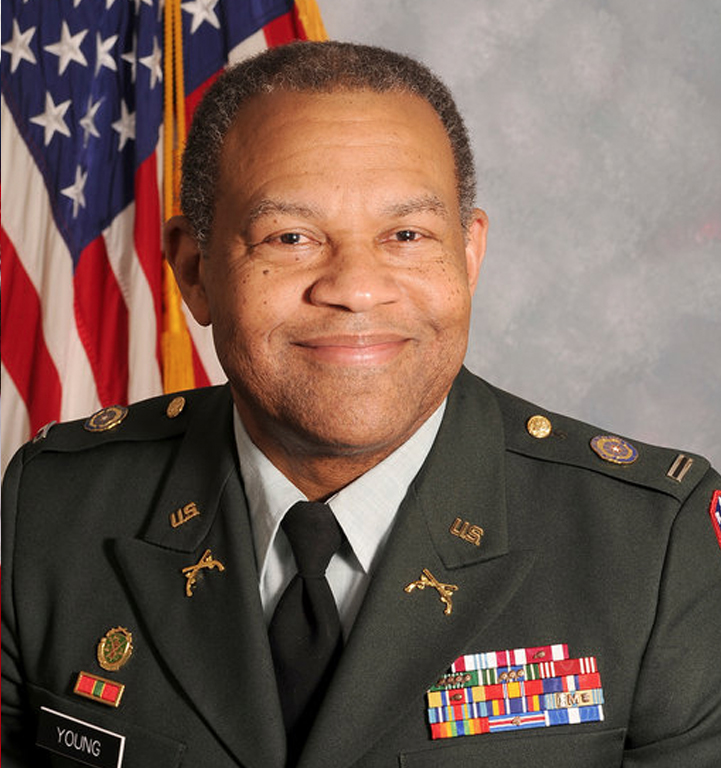 Mr. Leslie M. Young, a native of Washington, is the Program Director and will direct the sequence of events for AVB-VA 2017 in Fredericksburg, VA. He enlisted in the United States Army in 1976. He has been in active and reserve components for 36 years. He attended basic training at Fort Leonard Wood, Missouri. His assignments included the 9th Military Police Company, Joint Base Lewis-McChord; 296th Military Police Company, JBLM; 6TH MP Group CID; and as commander of the 315th MP Detachment (CID), Fort Lawton, Washington. He became a Special Agent for the Army Criminal Investigation Command (CID) in 1982 and was commissioned as a Warrant Office in 1984. He was promoted to Chief Warrant Officer Five in 2006.

He was activated in 1991 to serve with CID’s Protective Service Unit (PSU) during Operation Desert Storm; in 2000 he deployed to Kosovo during Operation Joint Guardian; and in 2003 he was mobilized once more to PSU, culminating in his selection as the first Army Reserve Soldier to perform the duties of Unit Operations Officer. In that position, he was responsible for the activities of 168 agents who protected Department of Defense senior leaders.

He was activated again in 2009 for a tour with the Department of Defense Criminal Investigation Task Force (CTIF), 701st Military Police Group (CID). He served as the Operations Officer for CTIF’s Guantanamo Bay, Cuba unit and then as its Resident Special Agent in Charge. In November 2010, he returned to CTIF Headquarters in Fort Belvoir, Virginia, and served as the Chief of J3, Operations, and the Special Agent in Charge (SAC) of Investigation. As the SAC, he was responsible for the Major Case Division.

He’s married to Karen Thompson-Young and has two sons, Jason and Jeffrey.