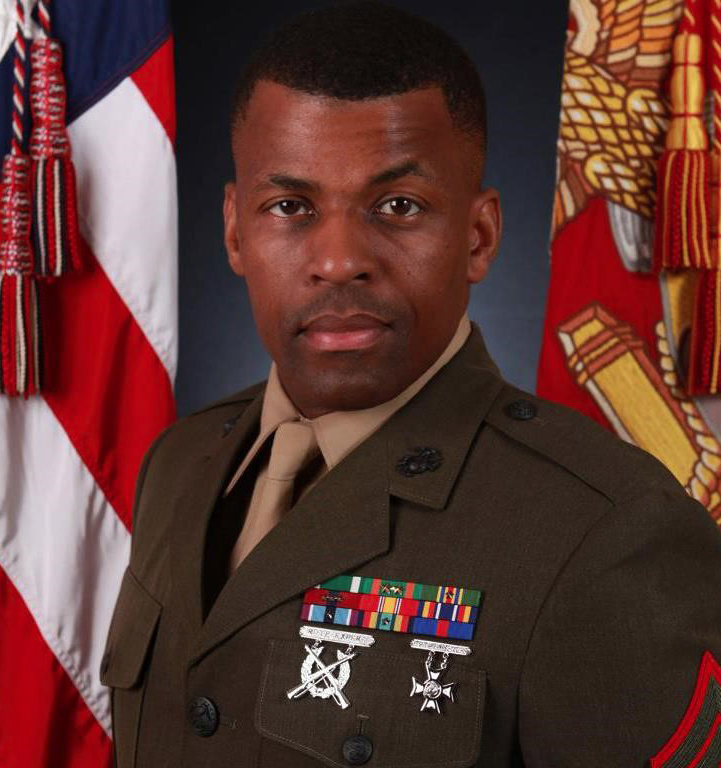 U. S. Marine Gunnery Sergeant Madyun Shahid will give tribute to the significance of our Fallen Soldiers and its dedicated table placement and settings. Though no one is able to trace the history of the White POW/MIA Table back to its very beginning, it is believed to have originated by the River Rats during the Vietnam War.  Once the war was over, it is believed the tradition continued state-side as a commemorative to the fallen comrades as well as the men and women who were still missing in action.   It wasn’t long before the tradition became a part of each military branch.  Over the years, the “table” has evolved and there are some slight differentiation’s that exist between the tables set by each branch of the military, as well as, the American Veterans Ball.