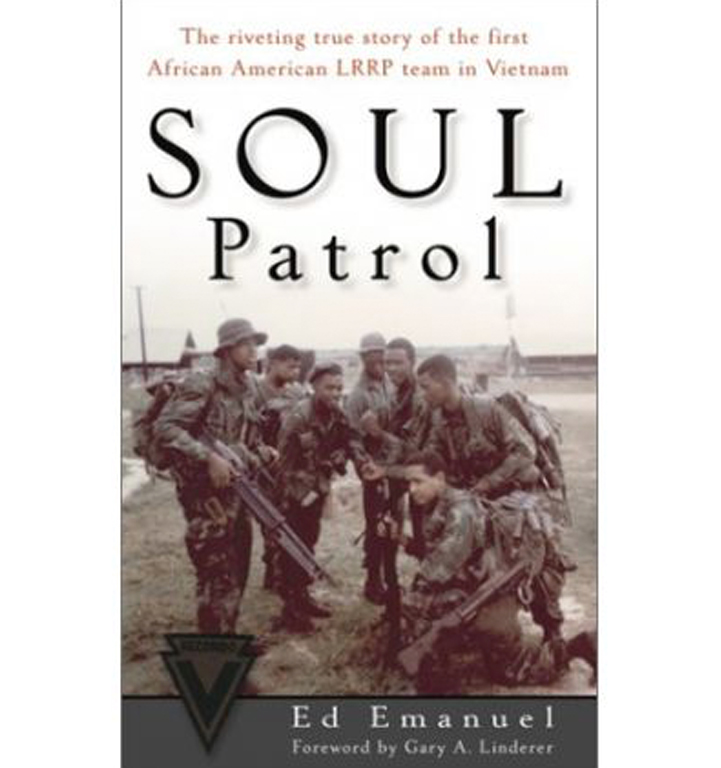 When Ed Emanuel was handpicked for the first African American special operations LRRP team in Vietnam, he knew his six-man team couldn’t have asked for a tougher proving ground than Cu Chi in the summer of 1968. Home to the largest Viet cong tunnel complex in Vietnam, Cu Chi was the deadly heart of the enemy’s stronghold in Tay Ninh Province.

Team 2/6 of Company F, 51st Infantry, was quickly dubbed the Soul Patrol, a gimmicky label that belied the true depth of their courage. Stark and compelling, Emanuel’s account provides an unforgettable look at the horror and the heroism that became the daily fare of LRRPs in Vietnam. Every mission was a tightrope walk between life and death as Emanuel’s team penetrated NVA bases, sidestepped lethal booby traps, or found themselves ambushed and forced to fight their way back to the LZ to survive. Emanuel’s gripping memoir is an enduring testament to the valor of all American LRRPs, who courageously risked their lives so that others might be free.

This year in Charlotte, we are honoring a group of Vietnam Veterans – the “Soul Patrol” (the U.S. Army’s Long Range Patrols) the first African American team to set down in Vietnam. The Soul Patrol written by the author Ed Emanuel one of the very same LRP members knew that the team couldn’t have received a tougher ground than being sent over to Cu-Chi in the summer of 1968. http://www.soulpatrolspeaks.live.

Find and purchase his book and bring with you to AVB-NC and personally get it signed by Mr. Emmanuel. Visit Amazon at: https://www.amazon.com/Soul-Patrol-Riveting-African-American/dp/0891418172