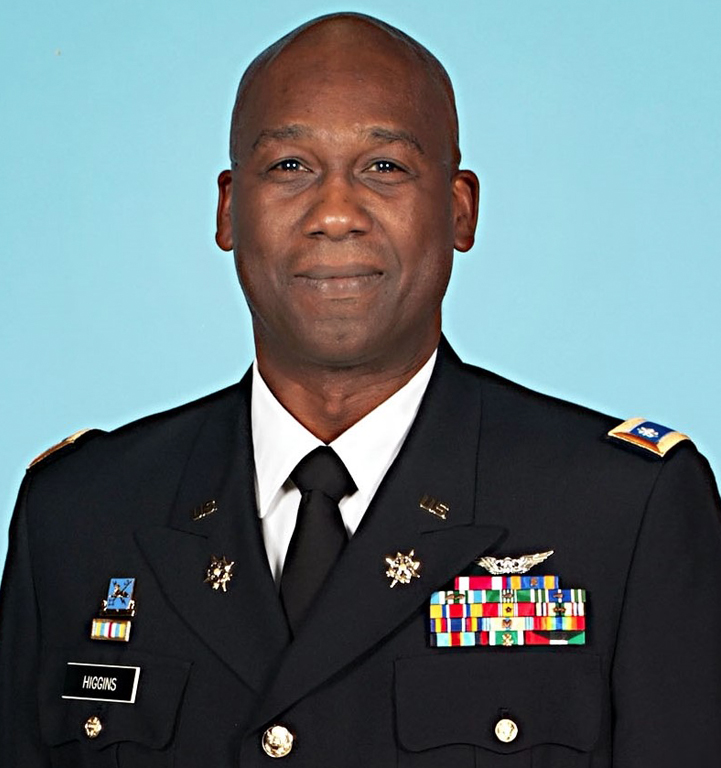 Mr. Steve Higgins retired from the Army in 2015 having served a combined 28 years as an Active and Reserve Soldier achieving the rank of Lieutenant Colonel.  His assignments included OH-58D Aerial Observer with both the 4th Infantry Division (Mechanized) and the 101st Airborne Division (Air Assault), and an Intelligence Officer with the 25th Infantry Division (Light). Rounding out his active duty time with the U.S. Army Intelligence and Security Command, his duties ranged from Operations Officer to Headquarters Company Commander to Inspector General.  Steve provided operational support to members of the Reserve Component for the Army, Navy, Marines, Coast Guard and Air Force during assignments with the U.S. Joint Forces Command, U.S. Forces Korea and U.S. Strategic Command.

While a college student Steve became an announcer at radio station KLOQ in Lyons, KS; then “Moving on Up” to a radio station KTPK in Topeka, KS, a country station back when country as “Big Hair, Rhinestones and Twangy.”  A Speech and Theater Arts graduate of Sterling College in Sterling, KS, Steve notes that one high point of his “pre-Army” life was the opportunity to study in a workshop setting with the mime, Marcel Marceau.

Steve’s spouse of 21 years is Mary E. Marshall, a professor of Philosophy at Old Dominion University in Norfolk, VA.  His other interests include flying and working towards an instrument rating as a private pilot, cycling, his collection of bicycles, ballroom dancing (especially the Argentine Tango) and learning to play the double bass.  In retirement Steve is working to pursue opportunities as a voice-over artist.