Chub, is a native New Yorker now bringing the NOIZE to the DMV. He is a nationally known musical artist who possesses the technical knowledge, experience, and passion that compliments his skill-sets to move any crowd in every occasion. From clubs, festivals, concerts, & celebrity events DJ CHUB’s record selection, energy and attitude truly defines him as a top pick for hire. When not performing, he spends his time in the studio creating his own unique mixes & beats of music and helping others elevate to the top of their charts. 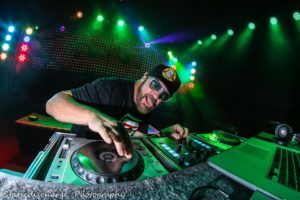 Tony Djtonyb BENNETT. House music legend, #1 Billboard Remixer, Producer, DJ and Radio Personality. With over 25 years in the music business, Tony B is a well known and respected DJ who has toured internationally and worked at some of the top Radio Stations in the Los Angeles, New York, DC, Maryland, & D.C. markets. As a Producer, Tony B has released well over 100 Singles, Remixes, Mixed Compilations & Albums with several charting on the Billboard Top 50 Club Play Chart (with two remixes reaching #1).