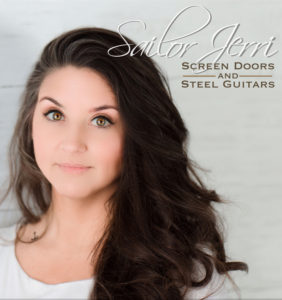 The American Veterans Ball (AVB) is PROUD and EXCITED to announce that National Patriotic Performer Sailor Jerri will once again be performing is coming to the East Coast for the first time to perform. Sailor Jerri is a Navy Veteran from central Minnesota. While serving in the US Navy she worked as an Aviation Mechanic on F/A 18’s with the VFA 83 Rampagers. Jerri started playing guitar and singing for the long term care at the VA, and in veteran support groups. In April of 2017 she wrote and posted “Hallelujah Veterans Version” In just a year it was viewed over 125 million times, and downloaded in 22 countries. She has been busy writing and in the Studio ever since. “Screen Doors and Steel Guitars” her sophomore album, was released on May 17, 2019, and hit #8 on the iTunes country charts. It is available here, and on iTunes and Google play. Jerri started 2019 when she took off for Mandalay Bay in Las Vegas to begin her 2019 tour. Already added to the schedule is over 12 states and 50 shows. Jerri filmed a music video for her original song “I’m Going Anyway” in her squadron’s hanger on Naval Air Station Oceana. It was released in September and has been watched over 210k times so far!

This site uses Akismet to reduce spam. Learn how your comment data is processed.