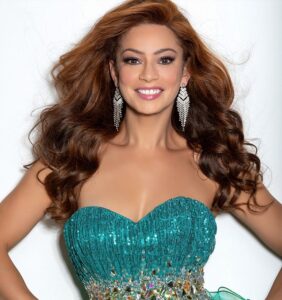 AVB is THRILLED to announce that Miss Maryland for America Strong 2021 Queen & Combat U. S. ARMY Staff Sergeant Veteran Ms. Aziza Howard join the AVB2022 Ambassador Line-Up. Aziza Howard is a U.S. Army Combat Veteran who advocates for Wounded Warriors. With her day job, she continues her commitment by holding a career within the public sector. She finds her career in public service rewarding, as it offers her the opportunity to still be a mentor. She pursues every opportunity to continue with her passion for assisting veterans, particularly female veterans, as well as a platform and time to focus on her charitable work on behalf of the Wounded Warriors.

As a veteran herself, she relates to the emotional and physical struggles of today’s military, including preparing for and transitioning to post-military life. She participates in every capacity possible to help those who served our country and to assist them with avenues to transition back into civilian life, especially wounded or disabled veterans who often require more assistance to cope with that transition.

This year, she competed in her first official competition, placing fifth in the National Physique Committee (NPC) Maryland State East Coast Classic Championship. She also entered and garnered a quarter-finalist place in the “Ms. Health & Fitness” Magazine competition, representing the top 1% of all entrants. This summer, she was crowned “Miss Annapolis Maryland for America 2021. In November, she joined the National Pageant in Las Vegas as a Delegate presenting the state of Maryland and was awarded the Governor of Maryland Citation. Last but not least, SSG Aziza Howard was inducted into the Military Women Museum Repository, HERstory Collection, where she took her place in history.

Placing so highly in these competitions allowed her to further her support and advocate on behalf of veterans, while simultaneously advocating for Wounded Warriors. In further support of Wounded Warriors, She expanded by becoming a brand ambassador for fitness wear, where she can highlight to other veterans that despite the difficulties, there is a way to achieve great accomplishments previously perceived impossible.