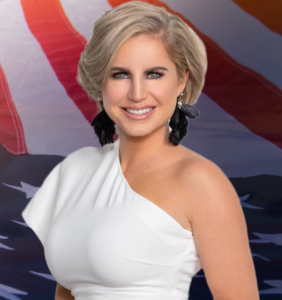 Taking the lead to help shape other women’s self-confidence, she became a director for three states for the USOA Pageants. She was recognized for her efforts by being named in the top ten State Directors by Pageant Planet for 2021, in her first year as director. Deveney is also committed to her community through service and philanthropy. She is an advisory board member for Operation Renewed Hope Foundation, Final Salute INC, and other agencies that support veterans experiencing homelessness. However, her passion for animal advocacy has taken the lead in her life to ensure she supports animal-friendly organizations throughout the US.

Deveney makes it a point to give a portion of pageant proceeds to animal-friendly businesses in the DMV area each year on top of her efforts to increase awareness and donation support to animal sanctuaries and rescues nationwide. She has also been a member of the Boy Scouts of America, serving as a Den Leader for 5 years and on the committee for her son’s troop for the past three years.

Deveney currently serves in the Army Reserve as the Public Affairs Officer of the 353d Civil Affairs Command in Staten Island, NY. She will have 20 years of service this summer and has spent time in her career as a Military Police officer, Civil Affairs officer, and Public Affairs officer. She has commanded 3 units, both on active duty and reserve, with numerous awards, including three meritorious service medals.

As the owner of Deveney Media, LLC, she will provide production management, promotions and marketing, media and social media expertise, media/interview coaching and preparation, and graphic design to businesses and entities in the community.

Deveney lives in Alexandria with her son, two dogs, and (now) three cats.